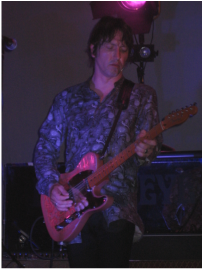 Gem has been using this Pink Paisley Telecaster since his early days in Oasis. The pickguard has changed multiple times. The current guard was custom made by luthier-to-the-stars Philippe Dubreuille. 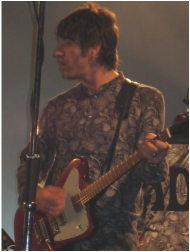 This vintage Gibson Non-Reverse Firebird has seen quite a bit of action over the years and seems to be Gem's "go-to" guitar. The only difference between what is in his hands now versus his Oasis days is the addition of chrome pickup covers on top of the Dimarzio humbuckers. He also added a "Bad Ass" bridge. Proudly, I have had the opportunity to have this guitar in my hands, and I found the neck to be slightly slimmer than that of my custom shop version of the same guitar. 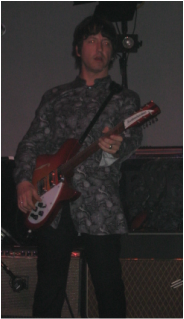 In one interview Gem claimed that this was his favorite guitar. I believe this to be the Pete Townshend edition, but there is no way of knowing for sure. Ironically, the model Townshend played only had two pickups, but Rickenbacker added a pickup for the re-issue.

Mixed in the set with the two pickup model. This body shows a lot more wear. Based on that, it might be older. 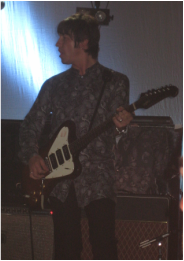 This vintage Non-Reverse Firebird has also been seen in Gem's hands throughout the Oasis years and leading up to present day. It has three P-90 Soapbar pickups, and from my vantage point, Gem always plays it through the bridge pickup. 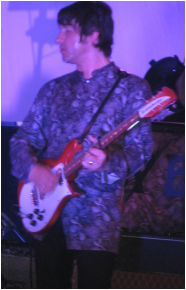 Gem has said that his fondest guitar shopping memory is when his now deceased, loving uncle took him to get his first Rickenbacker. This smaller model, made from 1962-1984, might very well take him back to those days. He plays the pentatonic-lick intro to "Wind Up Dream" with a capo up high on the neck, always in the bridge position. On multiple occasions, Gem has had to hold off on the opening riff to re-tune this fickle guitar. 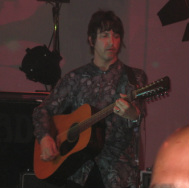 Used for only one song, but brilliant tone anyway. This is a venture from his Oasis days of using a beautiful Taylor 12-string.


-played live during "For Anyone" 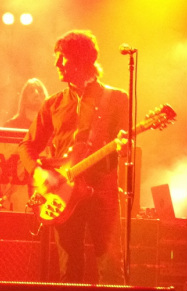 Used for only one song on this tour. I believe at some point Gem swapped this with a Rickenbacker 330-12 (Fireglo).  Either way, the tone is undeniably a Ric 12'er.


-played live during "The Roller" 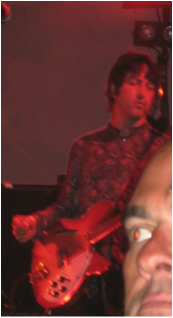 Originally used toward the beginning of Beady Eye's first tour.

-played live during "The Roller" 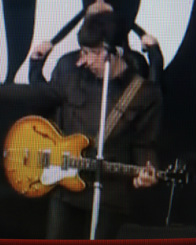 Used during the brief summer of 2012 tour.  Most likely vintage.

-played live during "World Not Set In Stone"